The Weight Gaining, Fat Packing Link Between Sitting Down All Day and Appetite 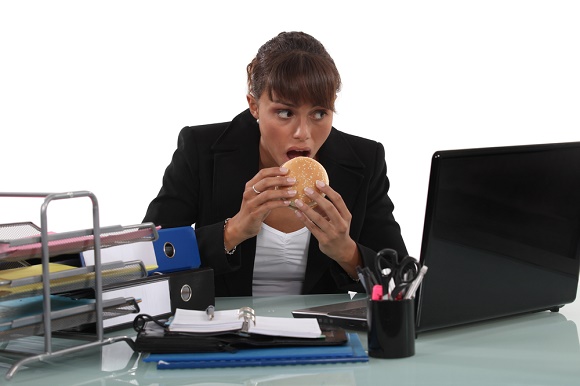 Sitting down all day can really make you pack on the fat and gain unhealthy weight. You would think that a sedentary lifestyle would lead you to eat less. After all, you are not burning as many calories, so won’t you just want to eat less rather than more?

Incredibly, that does not seem to be the case. Research has shown that there is a direct link between being overweight and sitting too much on a day-to-day basis. And all that sitting seems to make you want to eat more and more.

For the experiment, 6 healthy young women and men were put on a perfect energy balance. They consumed exactly the number of calories that they needed to expend each and every day. After that balanced state was developed, those 6 fit and lean test subjects experienced 3 straight 1 day energy imbalance conditions on a random schedule, occurring one week apart. Those 3 conditions were as follows:

The results were astonishing. When any of the 6 healthy, fit young men and women were involved in either one of the 2 inactive days, they felt hungrier and wanted to eat more often than the active test subjects. Their ability to consume more food also rose as their activity levels dropped.

Inactive participants also reported feeling unsatisfied after they ate, suggesting that when you are sedentary and less mobile, you feel hungrier, and are more prone to overeating. When you do eat, it does not fill you up as much as when you are active.

Exercise and physical fitness researcher Barry Braun, PhD, has conducted research which leads to the exact same conclusion. So get out of your chair if you want to burn extra fat and lose unwanted weight. Standing is better than sitting, and even simple movements will lead you to eat less, running a much lower risk of becoming overweight and suffering the health consequences that come with those extra pounds.