Is Running a Good Companion to Bodyweight Training? 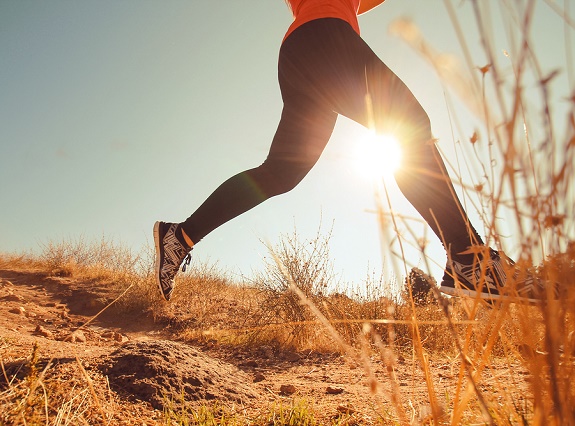 Bodyweight training is great strength training exercise by itself, but it isn’t perfect; as we age, some type of aerobic exercise is also needed for optimum health. In a study published by Obesity, 10,500 men age 40 and older that did 20 minutes of strength training per day in addition to running gained less girth on their waistline over a 12-year period than their counterparts who just ran. However, researchers found the opposite true also; those that just did strength training, but did not run did not see the same benefits as the men that combined both strength training and running.

Conclusions from the study showed that “To maintain a healthy weight and waistline, it is critical to incorporate weight training with aerobic exercise.” Either running or bodyweight training by itself does not reap the same amount of benefits as combining the two different types of exercises.

While the bodyweight training improve functional fitness of muscles (muscles used performing everyday tasks) by toning and firming them up, running minimizes the build-up of body fat weight from an excess of calories. However muscles weighs more than fat so as you develop muscles, the number on your weight scale may climb; running prevents that increasing number from being a gain from fat instead of muscle mass.

To track that gain more closely, check your BMI before starting a strength training/running program and again as you start to see an increase in weight, use it as a gauge on where the additional weight is coming from. If your BMI is the same or smaller from your baseline when you started, then the weight gain is from muscle mass. If it is greater, then the gain is body fat.

If your gain is in muscle mass, then you will also have a higher calorie burn even at the resting level. So while running is more of an instant calorie burn, bodyweight training will give you more of a long-term burn.

Running is a great companion to bodyweight training for all of the reasons above and more. Get the synergistic effect from doing a combination of both instead of just doing either individually.